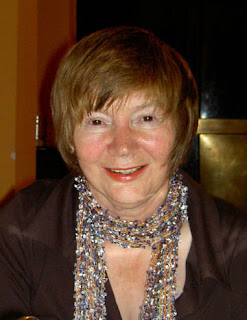 My brother, David Rumsey, who used to farm at Ty-Llangenny Farm, Crickhowell tells me that local huckster, ( market gardener) , George Jones was often called upon in the 1940's by the undertaker in Crickhowell to collect corpses from Craig-y-nos.
Vans were still something of a rarity and if anyone from Crickhowell area died in Craig-y-nos they would be brought back for burial.
George is now dead but his wife and son and brother still live in the area.

Craig-y-nos Castle has had a violent and colourful history.
Built in 1840 by the Powell family, it is said there was a curse on the family because Captain Powell's children died of either disease or terrible accidents. He ran out of monery, went blind and eventually insane.

Adelina Patti, world famous opera singer, lived there for over 50 years. She entertained the "great and the good" including Royalty, with concerts in her private theatre.
She died after falling down a flight of stairs. Today her ghost is supposed to haunt the castle and the grounds. Many sightings have been reported along with her singing.

After her death the castle was used for around forty years ( 1920- 1960) as a childrens TB sanatorium though all records for this period have been destroyed.
Today it is an hotel specialising in weddings and ghost-hunting.
It claims to be the most haunted castle in Wales.

Comment
carol said...
while in craig y nos in about 1953 when i was allowed out of bed
i use to go down the stairs often and a few times i swear i saw a lady in black but i dont think that the ghost hunters there now will find anything
i think a lot of the children saw things but were they real
Posted by Ann Shaw at Tuesday, November 28, 2006 1 comment:

Ghosts in the machine? 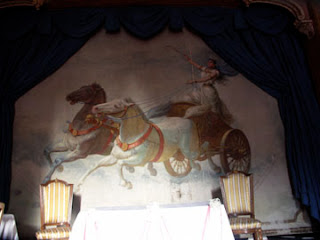 Of course I dont believe in ghosts!..
But when I started to write about "The Lost Children of Craig-y-nos" some weird things started to happen: my computer screen suddenly went blank and I lost several hundred words, other glitches happened. I prefer to think it was the computer having a bad day than spirits from another world. However have taken the precaution of making treble back-ups.

This enormous painting featuring Adelina Patti riding a chariot hangs in the Adelina Patti theatre at Craig-y-nos.
Posted by Ann Shaw at Monday, November 27, 2006 No comments: