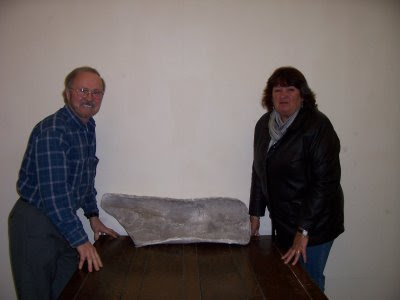 Here's a medical curiosity: how many people would recognize this cast as that belonging to a child with TB?

It was found in the attic of one Swansea family and Linda Delve rang me wondering what to do with it.

It belonged to her aunt Margaret Scott who was in Craig-y-nos as a toddler in the early 1940s. She was sent home as a five year old with the plaster cast and told to sleep in it every night.

Her aunt has since died.

Linda hopes to interest Swansea museum in adding it to their collection for
TB was rife in the Welsh valleys and many children spent years lying motionless in such contraptions.

Meanwhile, if you come to our book launch on Friday, May 1st, at Craig-y-nos Castle you will be able to see the plaster cast for it will be on display for a day.
Posted by Ann Shaw at Wednesday, April 29, 2009 No comments:

Patricia Stickler ( nee Moore) tells me she will be staying at Craig-y-nos Castle this week.


"My husband and I will be staying at the hotel for April 29/30 as a Christmas gift from my daughter, who is a dog fanatic. Just before Christmas she found one of the dog trust sites auctioning two nights at Craig-y-nos donated by the hotel and thought it would be an ideal present -or not???

Anyway, her partner stayed up all night to successfully bid for it.

I did have mixed feelings but when I heard of your book launch I decided to go ahead."


I look forward to meeting you Patricia, especially since we seemed to have been next to each other in bed some 50 years ago!
Posted by Ann Shaw at Monday, April 27, 2009 No comments:

Just when you think you have heard all the stories about Craig-y-nos yet another new one pops into my email box.

"I was brought up hearing many stories of her stay there, and I was always intrigued to know more! I will most definitely be buying your book.

"Most of her stories were quite negative. Mum was 8/9 at the time and strong minded, so I suppose she would be getting into a lot of mischief!"

So I rang Joan up. She lives in Coventry, works as a hotel manageress and had discovered this blog quite accidentally while googling her home town of Phillipstown near Tredegar.


"I couldn't believe it when I read the stories. Until now nobody would believe me when I told them the things that happened to me as a child in Craig-y-nos.

"I used to be tied to the bed on a regular basis, it was a strait-jacket they put you into and folded your arms in front of you. I used to get up to mischief. Once I threw a slipper and it went straight out of the window through the iron bars ( remember the iron bars on the windows? ) and landed in the courtyard near a nurse who was standing there with her boyfriend.

Well, I got a terrible row . They wanted to know whose slipper it was. So, back into the straitjacket for me."

"My bed war near the fire escape and I used to plan to escape. I thought if I followed the river it would lead me to Swansea to my grandmother's home."


Joan was one of nine children and the family moved to Coventry when she was 16. She is married with one daughter.


How about this for a coincidence: Joan was in the next bed to Caroline Boyce ( nee Havard) who lives 15 miles along the road from me in Scotland!...
Posted by Ann Shaw at Thursday, April 23, 2009 1 comment:

Just checked with the Castle. So far 95 people have booked in for lunch amd there will be two sittings.

It should be quite a party!
We leave from Scotland next Wednesday flying down to Cardiff then picking up a hire car. We will be staying in Abercraf.
Posted by Ann Shaw at Wednesday, April 22, 2009 No comments:

Ann and Mari on the farm 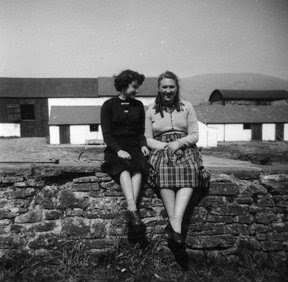 
After I left Craig-y-nos Mari used to come with her parents to visit and often she would stay on the farm.
Posted by Ann Shaw at Wednesday, April 22, 2009 No comments:

My dog Bonnie- life after Craig-y-nos 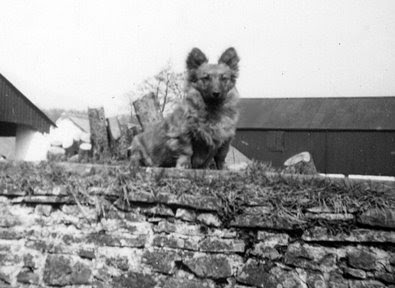 My mother promised me a puppy when I came home from Craig-y-nos and this is Bonnie my Welsh corgi.
Posted by Ann Shaw at Wednesday, April 22, 2009 No comments: 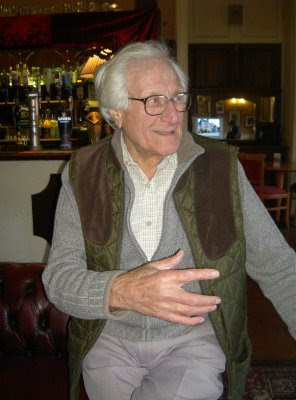 Len rang me this morning to say that he will be able to attend the launch and he will be available to do tours of the castle.

This was very popular at the last Reunion - most ex-patients just want to see where their beds were!
However, for those of us who were out on the balconies there is nothing to see because they were demolished many years ago. 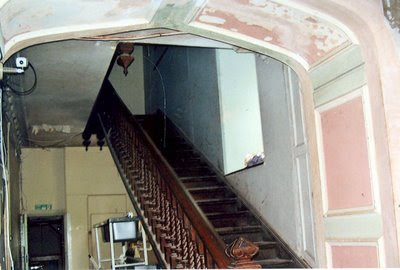 The Childrens wards remain like a time warp- virtually unchanged from the days it was used as a childrens santaorium though latterly these rooms were used as a geriatric hospital.

Today the rooms form the basis for the ghost hunting tours with seances taking place in the Six-Bedder, formerly the boudoir of Adelina Patti. 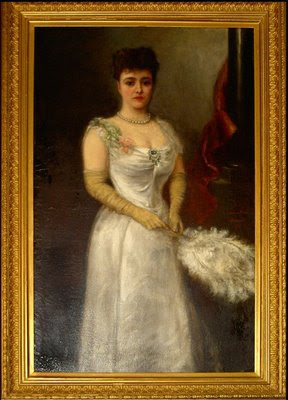 My very good friend Karen Howard tells me that she will be taking the early morning flight from Edinburgh to Cardiff on May 1 so that she will be able to attend the book launch.
Posted by Ann Shaw at Friday, April 03, 2009 No comments:

Marlene ( centre) with her family in California 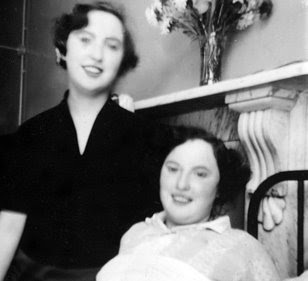 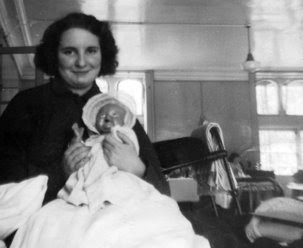 Sheila Halford inside Ward 2 with Marlene's bed on blocks behind her.

This is the image that Marlene found one day when she "googled" Craig-y-nos - and that is how she discovered the "Chidlren of Craig-y-nos" project.


BBC Radio 4 want to make a programme about "The Children of Craig-y-nos" and we think will be there on the May 1st for the launch of the book.

Meanwhile sixty people have already booked in for the lunch.

And I am getting phone calls from all over the place from people anxious to make certain that they will get a copy of the book on the day.


Marlene Philibosian (nee Hopkins) rang from California. She would love to come over but she will be in Hawaii at the time ( lucky woman!). However Marlene wants a book and Dr Carole Reeves ( my co-author) has suggested she get it from Amazon.com.

It will be available online after May 1st.

Marlene was in from 1953 - 54. She says it was the experience of Craig-y-nos that took her into nursing and led her to further her studies in America - and she never returned.

"The girl in the next bed to me went on to become a doctor - Gwyneth Davies".

Many ex patients did in fact go into nursing or health related professions.
Posted by Ann Shaw at Thursday, April 02, 2009 No comments: