"The Children of Craig-y-nos"was short listed for the Open Book Awards 2010, organised by the Medical Journalists Association.
( from left to right) The team - designer Marc Riley, Carole Reeves, Ann Shaw and Malcolm Shaw who digitised all the images, at the presentation ceremony in the Wellcome Trust Library.


"The Children of Craig-y-nos"
by Ann Shaw and Carole Reeves
published by the Wellcome Trust Centre for the History of Medicine at UCL
price £9.99


Craig-y-nos (Rock of the night) Castle, on the edge of the Brecon Beacons in South Wales, was the home of the world famous opera singer Adelina Patti.

After her death in 1919 it became a TB Sanatorium, mainly for children and young adults. This is an excellent book – a product of a community oral history.

Ann Shaw launched an internet blog in 2006 to collect stories from ex patients and staff. She spent four years as an inpatient between 9 to 14 years of age and was overwhelmed by the response to her blog.

She was able to collect 100 personal stories and over 1200 photographs within a year. This book is a product of this initiative between Ann and Carole Reeves an outreach historian from the Wellcome Trust.

It recounts the decades from the 1920s through to the 1950s through the eyes of the children, teenagers and staff and is richly illustrated with photographs. It is cleverly set in each historical period with reference to the developing
understanding of tuberculosis, its treatment and the public health impact.

Before the modern period of effective combined drug treatments for TB the prevailing wisdom was to isolate TB patients in sanatoria and expose them to “fresh mountain air”.

The stories recounted of these young and very ill children being made to sleep on the balcony, exposed to wind, cold and sometimes snow is hard to fathom from the comfort of the 21st century and with notions of the UN Rights of a child! 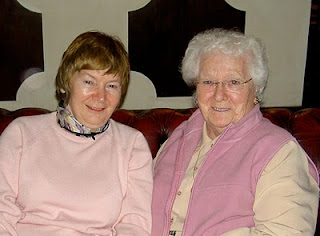 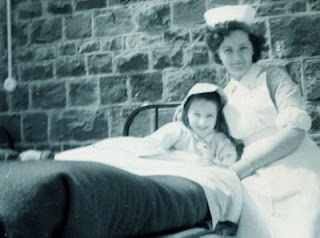 “The snow falls thick and fast, covering the bottom of the beds, then the whole bed and finally the lockers. We put our beds alongside the wall. This gives us some extra protection. Our beds are igloo-like, with bits of old tarpaulin tied with string, which is carefully hoarded for occasions like this”

“Friday morning: I am ill and have been given five big white tablets and told to keep quiet. I think I have a cold in the tummy. Snow covers half my bed and my slippers are soaking from paddling through the wet snow to get inside” ( Ann Shaw as a child on the balcony with Nurse Glenys Davies and again at the Patients Reunion )

Remember that some of these children were confined to the sanatorium from a very young age with very little continuing contact with their families, estranged by the institutional regime there but also the geographical isolation and logistical difficulty and cost to visit. 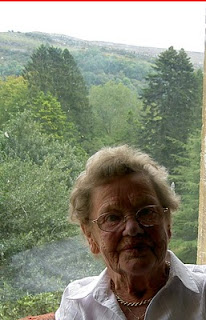 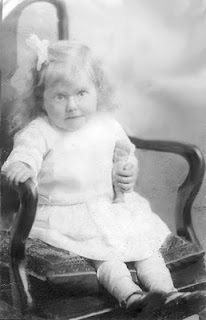 “I was admitted at nine months of age in 1927, so I grew up in the Glass Conservatory.
My mother used to visit me twice a year, not that I knew her anyway. The family was “on the parish” and that is all they were allowed.

They thought I had TB of the stomach. I was always on the veranda. We would stay there all night with a bit of tarpaulin over the cot. There was no schooling, I can’t remember drawing or writing on paper.

Twenty years ago, I was diagnosed with coeliac disease and needed only to be on a gluten free
diet. Instead I spent the first five years of my life in a TB sanatorium” (Winnie Gardiner (pictured above left ) as a child in the Glass Conservatory and (right) at the Patients Reunion in Craigynos Castle.)

These harrowing accounts included physical restraint such as tying young children to their cots and beds, physical, emotional and sexual abuse is all recorded in the extracts.

The other side to this book is its insight into tuberculosis as a major public health problem, the various surgical treatments culminating in the discovery of effective drug treatments such as with streptomycin. It also traces the journey of a health system from a TB sanatorium run by the King Edward VII Welsh National Memorial Association (WNMA) which was established in 1910 with a remit to prevent, treat and eradicate TB in Wales into an NHS hospital and eventual closure in 1986. Local Authorities had a role too as the 1921 Public Health (TB) Act made it obligatory for all County Borough Councils to provide treatment for people with TB. When the WNMA was disbanded in 1948, at the inception of the NHS, it funded 2600 beds, seventy doctors, 580 nurses and 830 domestic staff, a mobile x ray, research laboratory and a Chair of TB at the Welsh National School of Medicine in Cardiff. This book is a compelling read from its stories from patients, many of whom remain traumatised by the memories,their social situation and difficult family circumstances; by its insight into TB which remains a global scourge and it’s tracing the creation of the WNMA and development into the new NHS in the late 1940s. However it is the indomitable human spirit which shines through.

The Preface written by Clive Rowlands former Captain and Coach of Welsh Rugby: 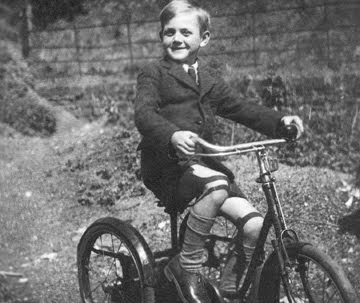 “I was admitted as an eight year old, in 1947. That winter was the snowiest since 1814 and among the coldest on record, but our beds were wheeled out onto the balcony so that our lungs would benefit from the sharp, icy mountain air...Although I was one of five children, I don’t think I suffered as much as other youngsters because my sister, in her early twenties, was already in Craig-y-nos and I was allowed to see her every day. I also benefited from her weekly visitors because children’s visiting was normally only once a month. However I wasn’t aware that my sister was terminally ill and she was later sent home to die....My most abiding memory however is of receiving a rugby ball....and being punished for kicking it through a glass door. I was put in a straightjacket for a week.”

"The Children of Craig-y-nos" is available from Amazon Online or ordered from any good bookshop.
Posted by Ann Shaw at Thursday, October 28, 2010 No comments:

I have just been informed of the death of Dulcie Oltersdorf who went into Craig-y-nos in 1948. 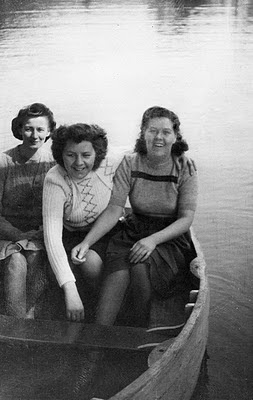 Dulcie Oltersdorf ( centre ) and friends in a rowing boat on the lake at Craig-y-nos. This was strictly against the sanatorium regime but the gardeners colluded with the young women.

I was on bed rest at home for a year, waiting for a bed in Craig-y-nos. The night before going in I wanted to go to the local dance and my mother let me. She shouldn’t have, but I met my boyfriend that night, a German prisoner-of-war. He used to visit me in Craig-y-nos. I was admitted to the Annexe three days before my twenty-first birthday in 1948.

We used to close the windows at night and she would come in first thing in the morning, fling them wide open and we would eat our breakfasts shivering with cold. It was for
our own good. She told my mother that a cure depended on the ability of the patient to settle down and do what they were told.

I was able to settle quickly. We had regular blood tests and we used to hate it when Dr Hubbard did them because she
always used blunt needles. Afterwards, our arms would be covered in bruises.

I was happy and comfortable at Craig-y-nos. It was a good hospital.
When I was discharged I married my boyfriend. We have been together now for fifty-eight years and have never had a cross word!

Extract from The Children of Craig-y-nos by Ann Shaw and Carole Reeves, paperback £9.99, available from Amazon online or Waterstones
Posted by Ann Shaw at Tuesday, October 12, 2010 No comments: 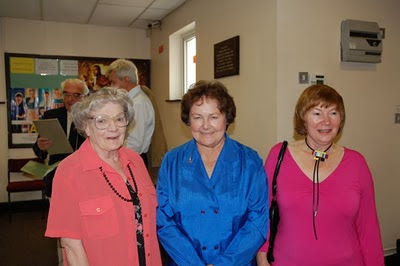 
Valerie, who worked as a nurse in Craig-y-nos during the 1940s, rang to say that she celebrated her 80th birthday last Tuesday with a big party.

In fact she has a month of celebrations coming up culminating in a special dinner with her daughter and son-in-law at Celtic Manor hotel ( of Ryder Cup fame) when they celebrate their Pearl wedding and Valerie her 80th birthday.