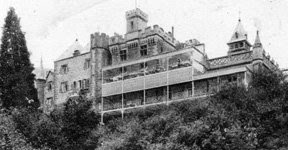 view of the balconies- Craig-y-nos Castle 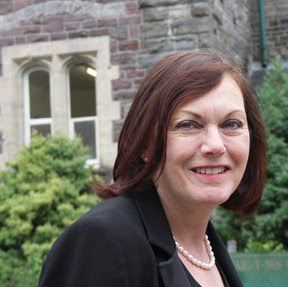 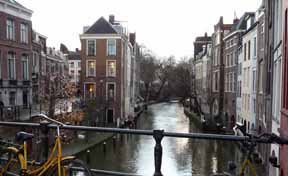 The Children of Craig-y-nos in Utrecht

Last Thursday, 20 November, I was invited to Utrecht to participate in a project by Dutch artist, Mieke Van de Voort, developed in collaboration with Casco (Office for Art, Design and Theory). The project consisted of a three-day workshop leading up to a ‘game’ in which participants were set on an imaginary island called Orania, which had been stricken with an unidentifiable but deadly epidemic. No one could escape. The participants assumed character roles on the island – there were policemen, doctors, a mayor, as well as ordinary islanders – and had to cope collectively with the state of emergency. Over the three days leading up to the game, participants were given various tools, in the way of knowledge about the history of viruses and pandemics, theories of control and social order, self-organization strategies, notions of community, decision-making and conflict resolution. They then had to use this knowledge to deal with the pandemic and issues arising out of it.

I used the Craig-y-nos example to deal with ideas of quarantine, contamination and isolation. I spoke about how there were different layers of isolation – the location, the castle itself, the wards, the babies from the children, the children from the adults, boys from girls, ward from balcony, patients from families, children from animals, etc. Boxes within boxes was how I described it.

I gave lots of examples of individual experiences based on many of the collected memories, and included a great number of our wonderful images. I had a brilliant and responsive audience of people from all around the world including the Netherlands, Britain, South Africa and South Korea. Everyone was extremely hospitable and I greatly enjoyed my two days in Utrecht. (Dr Carole Reeves)
Posted by Ann Shaw at Thursday, November 27, 2008 No comments: 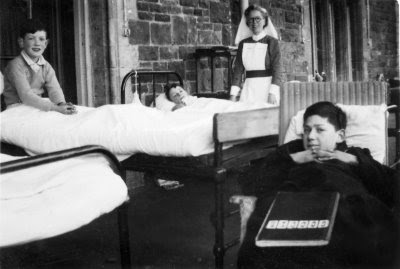 boys on the balcony

This photo, taken around 1950 of boys on the balcony, comes from the collection of Mari Friend's (nee Jenkins) sister, Llywella. No names are known except that of Sister Rich.
Let me know if you recognize anyone: annshaw@mac.com
Posted by Ann Shaw at Tuesday, November 25, 2008 No comments:

This alarming statistic - one death from TB every two hours in Scotland- comes from the following web-site -60yearsofnhsscotland.co.uk


which a former colleague of mine on the Glasgow Herald, Chris Holme's, was responsible for setting up.

Chris has written extensively on Dr Crofton, the Edinburgh doctor who pioneered the drug regime that was to successfully treat TB.

Glynne Lowe - and the ventriloquist 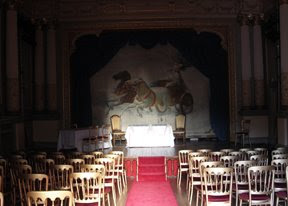 Six-year-old Glynne Lowe, one of the sick children confined within Craig-y-nos Castle in 1926 clutched his chair with excitement. There on stage of the Adelina Patti theatre, modelled after the Milan opera house, was a special kind of magician - a man by the name of Harry Elston.

He could throw his voice. He could become different people. Magic. Glynne had never seen a ventriloquist before.


And that concert remained etched in his mind, one of the big memories from his time in this isolated institution on the edge of the Brecon Beacons.

By a strange quirk of fate when Glynne grew up he got a job working for Harry Elston, a businessman and part-time entertainer, in Brecon selling tractors and agricultural machinery, a job he held for fifty years.

Yet Glynne never mentioned to Harry that day in Craig-y-nos when his act so enchanted him.

Edward Telesford - put on a train, age 7, with label around his neck

"Having recently come across the Children of Craig-y-nos Castle website, I'm delighted to see so many anecdotes from former staff and patients.

Like many before and after me, I spent time out on the long verandah overlooking a valley with a stream running through it. Occasionally, we'd be taken for walks, crocodile-fashion, and even to this day the smell of bluebells takes me back to those days.

I was later transferred to Highland Moors Convalescent Home where I spent a year or so before being put on a train and sent home alone at the age of seven, with a luggage label round my neck! I arrived safely."
Posted by Ann Shaw at Monday, November 17, 2008 No comments: 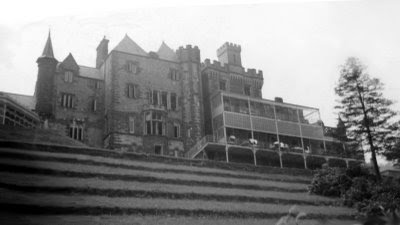 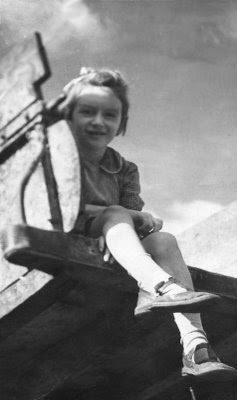 
Now the book is almost complete I realise nobody has commented on the smell of Craig-y-nos.

Indeed, even in my own account I make no mention of it though I remember it vividly when father carried me inside Craig-y-nos Castle, a vast ice-cold cave, and I am engulfed by the stench of pine disinfectant.
Posted by Ann Shaw at Friday, November 14, 2008 No comments: 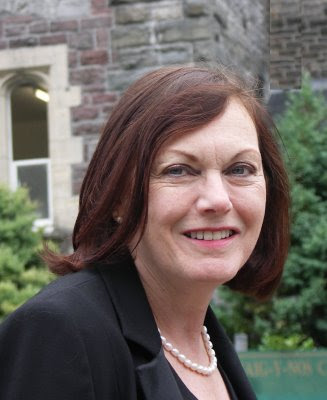 Dr Reeves has been invited to speak at an international conference in Utrecht next week on "The Children of Craig-y-nos":

"I'm flying to Utrecht next Thursday morning, presenting in the evening, and
returning next day. It's part of a three-day workshop which will include
performance, art, medicine, photography, etc. So 'The Children of
Craig-y-nos' will fit in well with the theme of the dynamic of infectious
disease and its social, political, individual impact."

She adds:
"This is yet another example of the impact of our project on groups worldwide."

Whoever would have thought that our stories about growing up as sick children in Craig-y-nos Castle would have aroused so much interest?

The book, by the way, is almost complete.
Posted by Ann Shaw at Thursday, November 13, 2008 No comments: 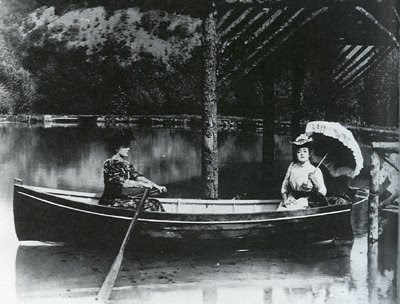 Patti with her god-daughter on the lake at Craig-y-nos.

Here's some facts I have just discovered:

Did you know that Patti's father and godfather were both professors of music in Madrid? and that her family came originally from Sicily in the south of Italy?


Patti bought Craig-y-nos when she was in her mid or maybe even late 40's. After parties the local lads were invited to come to the castle kitchens with jugs to collect food left over.

Later the castle became a sanatorium and Patti's boudoir was used as a private room for TB patients. This became the Six-Bedder.

During the first year it opened as a sanatorium there were only two members of staff- the matron and Sister Phillips, assisted by
one maid.
Mr Christie was appointed as the first hospital porter and he lived in rooms above the former stables.

( Sources: biography of Patti and a taped interview with Sister Phillips done by her son)
Posted by Ann Shaw at Monday, November 10, 2008 No comments: 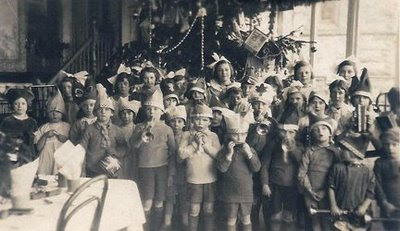 Christmas 1928 - Thomas Edward Isaac, centre, blowing a trumpet. Although this photo was taken two years before Glynne was in it gives some flavour of the place.
Is this the Patti theatre or the Glass Conservatory? Both boys have different memories. Can anyone confirm? Glynne thinks it is the Glass Conservatory.


(Both Valerie Brent, a nurse in the 1940s in Craig-y-nos and Glynne Lowe are adamant the above photo is taken in the Glass Conservatory not the Patti theatre- Ann)

I have just spoken to Glynne Lowe, now 88 years of age, who was in Craig-y-nos as a six year old. He used to sell tractors for a living and tells me he often visited my home, Ty-Llangenny Farm, where Dai Price an agricultural contractor, used to keep his equipment. He knows several of my cousins around Brecon too. 'Tis a small world...

"I made the long journey from Bronllys via Brecon to Craig-y-nos as a six-year-old in 1927. At Pen-y-cae station an ambulance was waiting to take me to the hospital. I have no memory of treatment, apart from lying in bed, though I do remember having red sores on my legs and I still have the marks today. I don’t think my mother came to visit me but cousins from Aberdare did. I have no memories of the food although I recall eating at a table at one end of the ward.

They kept sweets there, and we were given sweets after dinner. I don’t remember being cold - you don’t feel the cold when you’re a kid.

Christmas was a highlight. I remember being entertained in the Adelina Patti theatre by Harold Elston, who was a ventriloquist, and Mr Whitney, a butcher who did conjuring tricks. At the end of the performance there was a big box of sweets thrown to the children. We may have had lessons but not many. I remained at Craig-y-nos for seven months. I didn't like it much. It was a miserable damn place. I was transferred to Talgarth ( … sanatorium) for a further five months where I enjoyed the camaraderie - they were quite a bunch of boys. I sometimes wonder if I really did have TB. I’ve had pernicious anaemia for forty or fifty years and I think my illness might have been a sign of that.

I started work at fourteen as a motor mechanic but after an accident, which smashed my toes, I sold tractors.
In the course of my work I would pass Craig-y-nos and would go into the forecourt to look at the goldfish in the pond.
Posted by Ann Shaw at Tuesday, November 04, 2008 No comments: