Today it sounds positively medieval that a child could be "put away" for six years for a disease they never had and for two of those years to be strapped to a metal frame.

Yet that is what happened to Iris Jones. Her husband David rang to tell me a little of her story and he did so without anger or bitterness, simply to say "that was the way it was in those days."

For Iris, now 79 year of age and living in Cimla, Neath was admitted to the Glass Conservatory in Craig-y-nos, the ward for babies and small children, at seven years of age in 1938.

She was to remain there for four years. She does not recall it as being a sad time." I was only a child."

Her memories are of being wheeled out on to the veranda for the "fresh air" treatment and of singing in the Adelina Patti theatre. These were happy memories for her.

She was transferred to Kensington hospital, St Brides and put into a metal frame for two years only later to be discharged when they decided she did not have TB after all.

She recalls having to learn to walk again.
Posted by Ann Shaw at Monday, July 11, 2011 No comments: 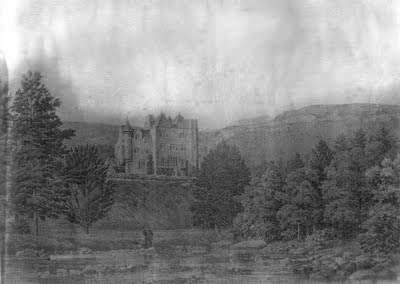 The announcement that Craig-y-nos Castle is on the market again has caused me to re-visit my archive of 1,200 photographs sent in during research for the book "The Children of Craig-y-nos".

Only about 200 of those photographs made it into print so I have decided to publish more of them on this blog.

Here is one sent in by Phil Lewis from Gerrads Cross, Buckinghamshire whose mother, Sister Margaret Philips, was one of the first nurses to be appointed in the early 1920's.
Posted by Ann Shaw at Friday, July 08, 2011 1 comment:

Yet again Craig-y-nos Castle is about to change hands. It is on the market for £1.5million. The present owner is reputed to have bought it some ten years or more ago for £half a million. He has spent an enormous sum restoring it though it still has some way to go. The big problem I understand is the cost of the roof repairs on the main building. This is where the children's wards were and as a result they are virtually untouched from the days when it was first a children's TB hospital then a geriatric hospital. It was subsequently used as a base for ghost tours.