Petition to save Wellcome Centre for the History of Medicine, UCL

Carole Reeves, my co-author on "The Children of Craig-y-nos" project without whom there would not have been a printed book now has a new battle on her hands: to save her Department.

Incredible though it seems they are planning to close the Wellcome Trust Centre for the History of Medicine, University College London, where Carol is the Outreach Historian.

She has launched a blog and campaign to save it: friendsofwtchom.blogspot.com/

And this is the link to the online petition. Please help her and sign.


www.petitiononline.com/mod_perl/petition-sign.cgi?WTCHOMs
Posted by Ann Shaw at Wednesday, May 19, 2010 No comments:

Here's a photo of "The Children of Craig-y-nos" team short listed for book award- medical journalist of the year, general category,-at the presentation ceremony in the Wellcome Library at the Wellcome Trust.

They are ( from left to right) book designer Marc Riley, co-authors Dr Carole Reeves, Outreach Historian, and Ann Shaw with Malcolm Shaw who digitised and restored all the photos used in the book.
Posted by Ann Shaw at Monday, May 10, 2010 No comments: 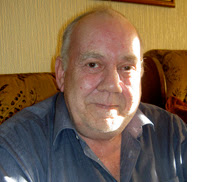 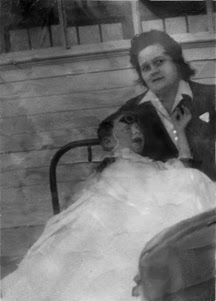 It is with great sadness I have learnt of the death of David Perrott.
David was a "plaster bed"patient for two years in 1950. He lived out on the balcony and during the summer he was given goggles to protect his eyes and in the winter he had vaseline rubbed on his face for he lived out on the balcony all year round, even in sub-zero temperatures. In addition he was given ear muffs to wear.

He was told that he would never have children and never be able to work. He did both.

David lived in Abercrave, only a few miles from Craig-y-nos Castle.

His son, Ryan Perrott wrote the following comment after the story first appeared on this blog, 14 February 2007.

"This is my father, looking as happy as ever! i'm glad he did have a child and was able to work,as we have had an amazing journey so far and wish it to continue on and on and on!!he is an amazing man,who is a blessing to me and my family!!

Footnote: Ryan was the first person I met when I began this project in January 2007 with a visit to Craig-y-nos Castle. The South Wales Evening Post carried a small feature on my search for the "lost childen of Craig-y-nos" and Ryan was the first person I interviewed on that Saturday afternoon in January sitting in the bar of Craig-y-nos Castle, a world away from the harsh hostile sanatorium regime we both remembered as children.

I shall always remember him, how he pulled out of his wallet this carefully folded photograph of his father, barely a square inch in diameter. He kept it with him all his life because he wanted to tell people of the remarkable story of his father's survival ...
Posted by Ann Shaw at Wednesday, May 05, 2010 No comments: