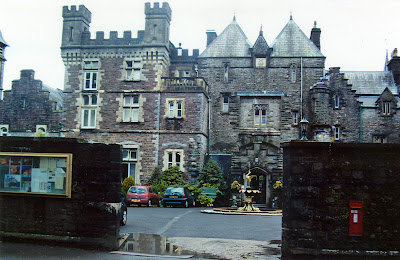 “You grew up very quickly in Craig-y-nos. You had to in order survive,”says  68 year old Gordon Dower from Talgarth.

He rang me today. They have just got themselves a computer and he googled Craig-y-nos.

“I saw that you had a Reunion and I would love to get in touch with two nurses who I remember. They were good to us. Nurse Mary Bannister and Nurse Waters.

He was in there from 11-13 years of age in the late 1950s.
“We were transferred to Talgarth. What a difference! Everyone was so friendly, you could walk anywhere and you were not punished.”

“Dr Hubbard? She frightened me. She terrified us all. We would hear her come down in the lift and then we would hear the clank, clank of her iron leg.”

His abiding memory is of the gastric lavages where he was forcibly held and a tube pushed down his throat (diagnostic tool where fluid was removed from the stomach to see if the patient was still positive).

He had streptomycin which made him sterile. “ We went on to adopt two lovely children though” says Gordon who became a carpenter.

He has never talked about his experience in Craig-y-nos.
“What could you say ? nobody would understand if they had not been there.”

He recalls a very sick boy in the next bed to him and his parents visited him late one evening.

“His father turned to me and said:” Do you think he will live?”

He died in the night.

“You got tied to the bed for the smallest offence like getting out bed when you shouldn’t.”

He remembers Edgar the gardener with his young fox cubs.

He adds:” I would love to go to a Reunion. Let me know if there is another.”

Copies of The Children of Craig-y-nos by Ann Shaw and Carole Reeves available from Amazon, Price £9.99 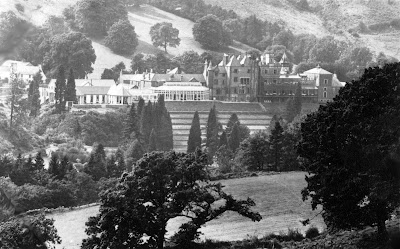 “They tried to make me eat cold porridge every morning. I would heave and heave and eventually they would take it away,” said 81-year-old Margaret Grindell talking about her time as an 8 year old in Craig-y-nos sanatorium.

“Apart from the porridge I liked the food, especially the ice-cream.”

She remembers hearing the bombing of Swansea from her bed in Ward 2; a room so crowded there was hardly any space between the beds.
“They were all grown ups and very ill. I had a friend, another girl,  then she died. I was so sad.”

“What did we do all day? Nothing.
We had nothing. One Christmas a gentleman from Swansea rotary club brought me a doll.

He was my only visitor. My mother died while I was in there.    The nurses were good. They comforted me. My father was taken ill too and only visited me once.”

Eventually Margret went home and relatives brought her up. She went on to get a job inMarks and Spencer in Cardiff.
“Girls wouldn’t sit next to me in the canteen.  They would move away. There was a tremendous stigma to having TB.”

Margaret married and retired 25 years ago from working all her life in retail, latterly as manageress of an upmarket shoe shop in Cardiff.

Today she is an active octogenarian enjoying gardening, walking, and knitting.

Margret contacted me after seeing the BBCTV “One Show”.

“I would love to go to a reunion. I have never met anyone who was in Craig-y-nos.”

"The Children of Craig-y-nos" by Ann Shaw and Carole Reeves, price £9.99 available from Amazon online.

"The One Show" and Craig-y-nos 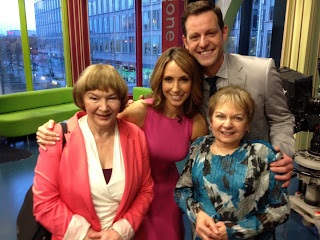 Well, it s over – all of 30 seconds on live television talking about  Craig-y-nos, the children’s TB sanatorium in Wales.

Some of my friends said I look nervous and uncomfortable. Well ,who wouldn’t on prime-time television with 5 million viewers and an audience including a clutch of celebrities and you are expected to talk about dark secrets from your four years spent locked up in a remote castle all in the name of a cure for a disease which folk were terrified of?

Pamela Hamer, the other ex-patient with me on the show was totally unfazed by television – and determined to have her say.

Pamela told her  rat story in – she woke up one night to find a rat in her bed and the night nurse comforted her when she screamed by telling her it was Joey the pet rat from the kitchen just come to say good night to her.
She was 8 years of age and encased in plaster only able to move her arms.
It was a blog that I started in 2006 in my search for the “lost children of Craig-y-nos” that eventually unearthed all these amazing stories and gave a collective voice to 40 years of missing Welsh history.

I just managed to get a plug in for the book The Children of Craig-y-nos .
Behind the scenes:
I am sitting in Make up getting the most amazing stuff put on my face when Angela Rippon comes in and sits in the chair next to me - in a similar pink jacket to what I’m wearing! OMG!

After the show Pamela Hamer and our partners go to a quiet, small Italian restaurant in Earls court.

The folk at the next table lean over.
“We saw you on telly tonight!”
I reckon it’s the pink jacket.

PS. Alex Jones told us that she knew Craig-y-nos.  She comes from Swansea and her mother used to take her up for walks around Craig-y-nos grounds which are now a country park.
Posted by Ann Shaw at Sunday, April 21, 2013 No comments:


Its seven years since I started this blog in my search for the “lost children of Craig-y-nos”.

It soon became obvious that the children were far from lost but alive and eager to tell their stories.

In 2009 medical historian Dr Carole Reeves and myself published the book ”The Children of Craig-y-nos” with help from the Wellcome Trust Centre for rhe History of Medicine at UCL. 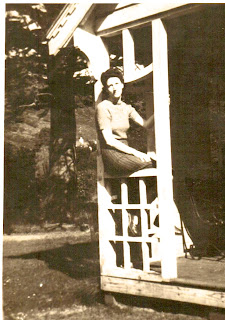 Olive Bell outside the summerhouse in the grounds of Craig-y-nos castle.


Now it is the children of those “ lost children of Craig-y-nos” who contact me eager to piece together their family history.  Usually their mother has died and they have found some photos in her belongings and they write and ask if I can tell them anything about Craig-y-nos.  All they know is that their mother was there and she never talked about it. 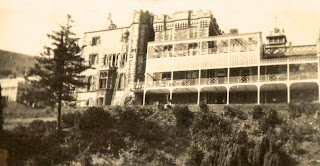 View of the balconies- children were kept outside all year round


Andy Silva is the latest to come forward with his own family history.

His mother was there in Craig-y-nos in the 1950s as a young adult.
He says she remembers foxes coming to the window!

After leaving the ATS after the war she contracted TB. 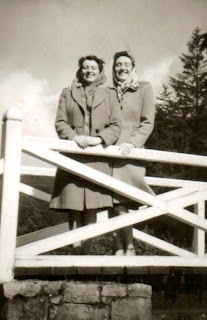 She often spoke of the friends she made there and of foxes coming to the windows.

She did not talk about her treatment except to say she went through some very painful procedures. 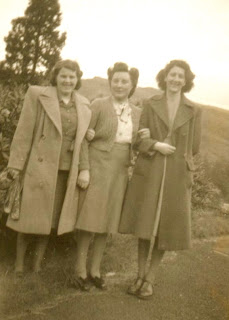 Olive was in Craig - y- nos in the early 50s for a couple of years. 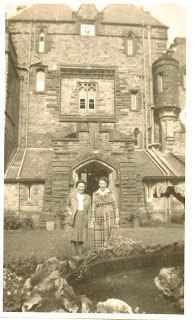 During the last few years of her life she had many visits to the hospital, on one occasion the doctors asked about the scars on the upper portion of her chest.  She revealed that her lungs were partially deflated and had had the top sections isolated because of the damage caused.  This was of great interest to the medical staff who had heard of the procedure but had never actually seen evidence of it.  Needless to say a great many x rays were taken for the record. 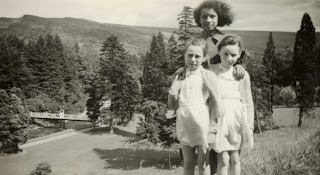 unknown children in the grounds

One photo gives timing for the walks she had to take. Fifteen minutes to the
chalet and half an hour to the lake.”


Thank you Andy for sharing your mother's memories with us.